[An eminent scientist and educationist recalls the various facets of India’s first Prime Minister Jawaharlal Nehru, as empathetic listener, concerned politician, and a keen observer of science.]
In the summer of 1945 when I was in a summer camp of the Students’ Congress on the bank of the river Ravi in Lahore, Jawaharlal Nehru came to the city after being released from jail. We all went to the railway station to receive him. I could not get anywhere close to him and was pushed to the edge of the large crowd gathered outside the railway station. A platform had been built and Nehru stood at the centre, trying to quieten the very large crowd while attempting to persuade it to allow some of the distinguished friends to join him on the central stage. I was a little amused at his belief that the dense crowd could be so persuaded. But pretty soon, I found that Nehru had disappeared in the middle of the crowd, and using his brief baton streaking a path through which he managed to get Dr. Khan Sahib (Khan Abdul Jabbar Khan) to walk through to the central stage! This impressive accomplishment was done through a magical persuasion of the crowd. I began to feel that he did have a special relation with people in numbers.
The same afternoon Jawaharlal, responding to our invitation, came to visit us in our study camp. We eagerly gathered in a small tent which was furnished with a table and a chair for him. He started chatting with us as he walked in and was escorted to the single chair and we all sat on the floor in front of him. Our secretary walked next to his chair and pulled out a large sheet of paper on which he had written the welcome address he had prepared. We were all eager to hear how he would address this supreme leader of India and share his desire of joining him in our struggle for Independence. He looked at him and declaimed in a vibrating voice making flattering references to him, and stopped, because he saw Nehru rising from his chair. Nehru ordered him to stop and said that he had not come here to listen to this nonsense. “Sit down and let us talk,” he said. The speed at which he dispensed with formalities struck us, as did his passion and seriousness. “We have a war of independence to fight.” I do not remember everything he said, but I do remember we were all ready to walk with him ...

My brother ’s interaction
I had once visited Shahdara in Delhi to listen to Nehru speak. I found the way to get to the lecture venue. It was pretty disorganised and very crowded. The bus service was almost non-existent. We waited a long time for Nehru to appear and after he finished speaking, we started trying to find a bus back to New Delhi, a rather difficult enterprise. As night descended, I was concerned for my mother waiting at home; she would worry that I would lose my way in the then riot-torn Delhi.
“Nehru could talk to scientists with great ease. There were deep friendships with people like Homi Bhabha, Vikram Sarabhai and some others” 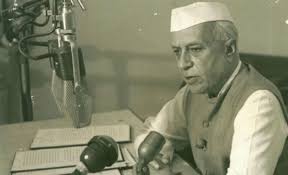 When I finally reached home at about 1.30 a.m., I learnt that my brother, Omi, decided that the only sensible way of finding out the time at which the function in Shahdara got over was to somehow get the time from the Prime Minister himself. The Prime Minister was available on call and gracious enough to respond personally and give assurance of help to the boy in case he needed it.
Omi remembered that there was a big public telephone booth near India Gate. He took out a chawani from his pocket and dialled the number of the Prime Minister. When it was answered by a “hello,” Omi immediately asked, “Is this Panditji’s home?” The answer was immediate, “Yes, brother, this is Jawaharlal speaking. Tell me what’s the matter.”
The Prime Minister understood my mother’s worries and appreciated Omi’s clever way of finding when his brother could be expected to return home. Omi was told to wait another half-hour and get back if I had still not returned ...

At the Kingsway refugee camp
Unaccompanied by any security, Nehru visited the refugee camp in Delhi to express his pain and unhappiness at the terrible attack on occupants of the servants’ quarters of the neighbouring infectious diseases hospital.
Nehru was convinced that the attack and the killing was most likely by some of the refugees in the camp. Steeped in sorrow and anger, he shouted, “I feel like blowing this camp into smithereens.” He sat down and started talking to the refugees in quiet words asking them if it was to perpetuate violence that everyone had fought for Independence. He even went on to observe that he thought the people were not worthy of Independence at all if such behaviour was to continue. He also said that a lot of people were ashamed of the violence but also deep in pain. After that there was calm in the camp as Nehru had shared the grief of the refugees. But then one boy stood up and started shouting, asking, ‘What do we do when our people are getting killed and continue to get killed?’ at which Nehru held him tight and shook him and asked if retaliation would ensure the violence stops. At least someone should have the maturity to cease violence. Then he embraced the boy and sat down for a quiet talk...almost a quiet cry together ...

Contribution to science
Nehru could talk to scientists with great ease. There were deep friendships with people like Homi Bhabha, Vikram Sarabhai, Hussain Zaheer and some others. He pioneered the scientific temper movement. You do not have to be doing quantum mechanics or electromagnetic theory to have a scientific temper, though it might help. It implies greater freedom to be different, less constraints and more freedom to fly. It also demands that all points of view might have ab initio rights, prejudice has less chance to reign and seniority need not always rule.
Nehru visited the Ooty Cosmic Ray Laboratory without fanfare or publicity, accompanied by party colleague K. Kamaraj. The visit happened because I had enquired the Director of my Institute, Dr. Homi Bhabha, whether he would like to invite and accompany the Prime Minister to our laboratory. Dr. Bhabha said it would be nice if I sent an invitation to the Prime Minister. So I sent him a hand written note, as suggested.
On the day of his visit there was no formal reception or speeches. They entered the large dark room in which our cloud chamber was operating. We laid a couple of stools for them to sit right before the chamber and I started explaining what we were doing and why. And then Nehru asked what the project was about and what its outcomes would be.
It was my turn to talk a little about high energy interactions of cosmic rays; coming from the far reaches of our galaxy and beyond, they would occasionally collide with nuclei of our instruments, revealing the nature of their interaction in production of other fundamental particles. Some of these particles were new, and lived only for a short time, decaying in our instrument to reveal their properties. This charming set of events was shown to the two distinguished visitors through a couple of cloud chamber events.
Thanks to Nehru’s emphasis on self-reliance, it created a deep influence on the growth of science even in non-independent countries.
(Yash Pal is former Chancellor, Jawaharlal Nehru University. The article is an edited excerpt from a speech he recently delivered at the 75th session of the Indian History Congress.)

Corrections and Clarifications
This article has been edited to reflect the following correction:
The opening paragraph of the Comment page article, Memories of Jawaharlal Nehru (Jan. 20, 2015), talked about Dr. Khan Sahib (Khan Abdul Jaffar Khan). It is Khan Abdul Jabbar Khan. 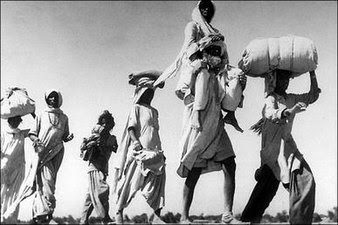